The truck mounted home made cannon pictured below will fire a 30 pound projectile over the US/Mexico Border Fence. Usually it fires packets of marijuana, but you could also fire cocaine, methamphetamine or cocaine over the fence. Physics is no respecter of narcotics. In the past when the narcos needed to fire cocaine, it was packaged in a hard plastic container and because of the weight of the container, it would fire no more than ten pounds at a shot.

The apparatus fired cylinders packed with drugs that weighed as much as 13 kilos, police said. It was confiscated last week after US officers told Mexican police that they had been confiscating a 16px number of drug packages that appeared to have been fired over the border.

Before long, ambitious cartel members will begin to fly unmanned drone aircraft from Mexico into the US, packed with high value narcotics. Up to now, drone aircraft have been the prerogative of the Customs and Border Protection Service, and the narcos flew radar resistant ultralight aircraft across the fence, loaded with cocaine. Once landed, the small aircraft were abandoned.

That's changing along with changing technology. Drone aircraft technology has made it from the hangers of the world's superpowers into the garages of the powerful and very wealthy drug cartels. The concept is that drug drones could be reused and would not depend on a drug pilot flying an ultralight. Ultralight aircraft are more heavily influenced by weather than the larger and more robust drones that can drop a load of narcotics very accurately using GPS technology. 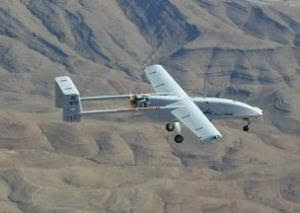 Working from US, European and Israeli designs, aeronautical engineers in Mexico and Latin America have been hard at work to find a drone that can be transported quickly by truck, launched and recovered and subsequently moved and has enough payload weight to meet the needs of their employers (Sinaloa Federation).

Anyone who can build a hobby aircraft successfully has all of the tools to ramp up the dimensions and integrate control technology to build a workable drone. In the case of Cartel Drones, the wings need to fold up so that it will fit in a semi-truck both before and after flight so that it can be serviced, reloaded and flown from another site.

One narco that I spoke to who is familiar with this program said that it's a lot easier and less expensive than running a drug submarine - but the submarines carry a much more substantial narcotics load than the drones do. However, you can build and operate two dozen drone aircraft for the price of one submarine. The swarm effect also makes it unlikely that more than one at most will be apprehended by American law enforcement at any one time. The assembly line for narcotics drones is located in the Santa Fe District of Mexico City and near the Bombardier factory at Queretaro where aircraft factory workers can moonlight and double their money.

A rumor persists that NSA has collected a body of information on this narco drone effort, collected under RAGTIME, but it has yet to be confirmed.

Juan Doe is not my real name. I am not an employee of the US Government or of American State and Local government. This information was NOT derived from any classified source.
You will find that what you read here is for the most part, far more detailed than that which you will read in any of the subscription services such as STRATFOR or in the newspapers. If you are a government employee, it will likely render your intelligence out of date. Not my problem.
This information is provided as a public service, free of charge and free use of this information is offered by the blog owner. If there is a particular area of interest that you, the reader/user of this blog have, you may request topic specific articles at:
stooplabor@gmail.com.
If they are published, you will find that they are absolutely current and that the information is sound.
Sourcing is deliberately not attributed. If you want that, you can do the homework yourself.